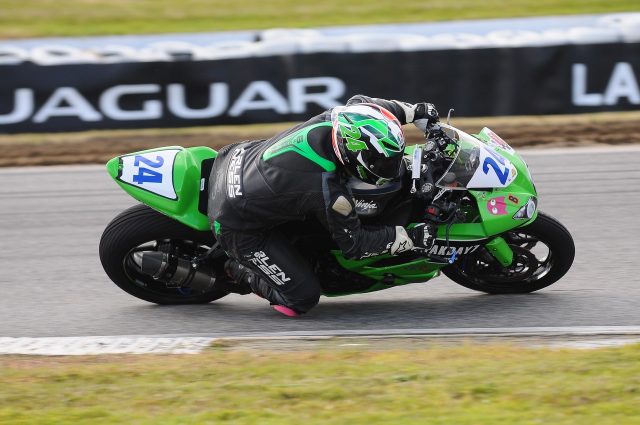 ROUND 4 OF THE AGV Helmets Australia STATE ROAD RACING CHAMPIONSHIPS.

The states best road racers returned to Wanneroo Raceway on the 29th August for Round 4 AGV HELMETS AUSTRALIA WA State Road Racing Championships. The first of the two practices was declared as wet but with a drying track and both sessions were incident free.

The Triton Electrical Superbike Championship saw Sam Clarke (RS36 & Rick Gill Suzuki GSXR1000) start from pole position and he was never troubled during the 8 lap journey and, by way of an added bonus, he broke the existing lap record setting a time of 0:56.8230 seconds. Second was Cameron Stronach (Motorcycle Movers Ducati Panigale) with Adam Senior (Senior Engineering Yamaha R1) in third place. Race 2 and Clarke repeated the race win, this time the runner-up was Ben Stronach (VRT Signs Yamaha R1) with younger brother Cameron dropping a place. In the final race the pace was considerably slower on a damp track Clarke again was victorious in the same finishing order as race two. Ben Stronach still holds a comfortable lead in the championship race with 253 points, second in younger brother Cameron on 224 points, Adam Senior is third on 216 points. After missing the first two rounds whilst he recovered from a pre-season training accident Clarke has now moved into seventh place on 142 points.

Next up for the race season is the Senior Engineering Junior State Championship round, held in conjunction with Supermoto WA, on Sunday 5th September at Wanneroo Kart Track. Spectator entry is free for this event so make sure you check out the event and support our junior road racers.

Our next State Championship event will see the return of the Juniors, and will be held at Collie Motorplex on Sunday 10th October. 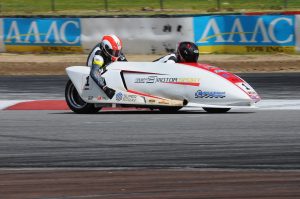 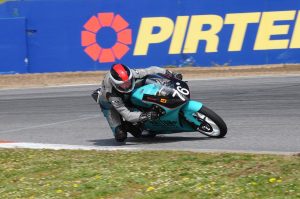 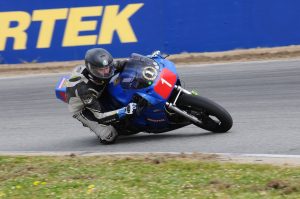 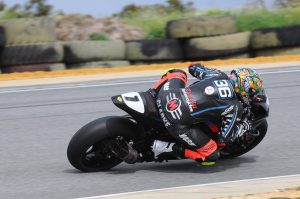 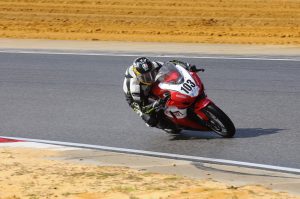 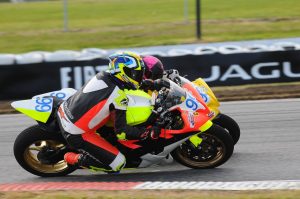 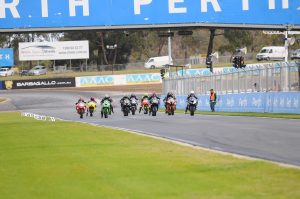