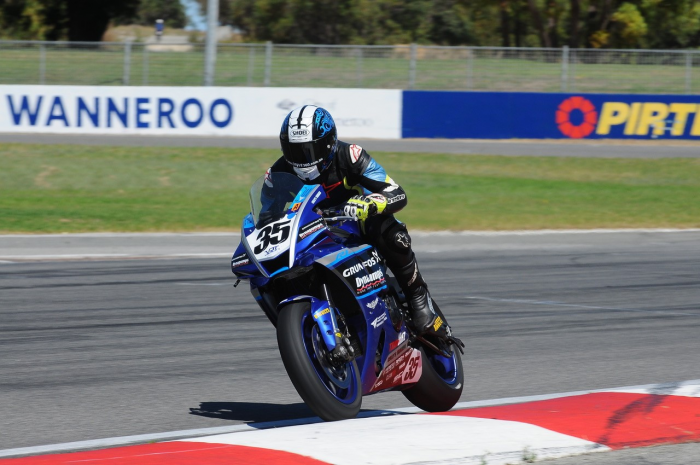 This Sunday 21st March sees the MCRC launch the 2021 AGV Helmets Australia WA State Road Racing Championships with the first of the six round Championship at the Collie Motorplex.

There will be two qualifying sessions that will be followed by 16 races, three for each class plus the ‘B’ grade race.

In the Triton Electrical Superbike Championship the defending champion will not be racing at Rd 1 following a training accident so the likes of Ben Stronach, Cameron Stronach and Adam Senior will all be keen to bag as many points as possible during his enforced absence. A couple of guys who could just cause an upset are Rob Fannin on his brand new Yamaha R1 and Josh Mathers on a Kawasaki ZX-10. Josh is also on the recovery trail following injury.

In the Cullys Yamaha Supersport Championship all eyes will be on defending champion Tommy King and the 2020 runner up Bronson Pickett. Waiting in the wings for the slightest mistake will be Andrew Biffen, Lachlan Hickey, Adam Parsons and a dark horse would have to be Paul Joshua, who is new to MCRC but has been very competitive on two and three wheels on the historic scene.

In the GoMoto Store Production Championship there are five youngsters who are new to the class having recently moved up from the Junior Road Racing Championship, versus the experienced brigade like David Manson and Patrick Browne. This will be an interesting class to follow with all of the ex- juniors showing a huge amount of potential in early season practice runs.

In the Professional Printers Sidecar Championships the majority of the boys have had one hit out already in 2021 at the King of Collie meeting and it is very hard to look past Dillan McDermott/Grady Norris to back up last years championship with a second. Graeme Evans/Robert Dillon, Murray Stronach/Steve Marshall and Gary Cushnahan/Michael Matesich will be strong contenders for the minor places and don’t discount the hard charging Sam Watson/Eamon Hegarty on the 600 F2 machine.

In the Rick Gill Motorcycles Clubman class there is a field of 28 nominated starters and it would be a game man who would try and pick a winner. There are also a good number of new riders whose potential has not yet been seen.