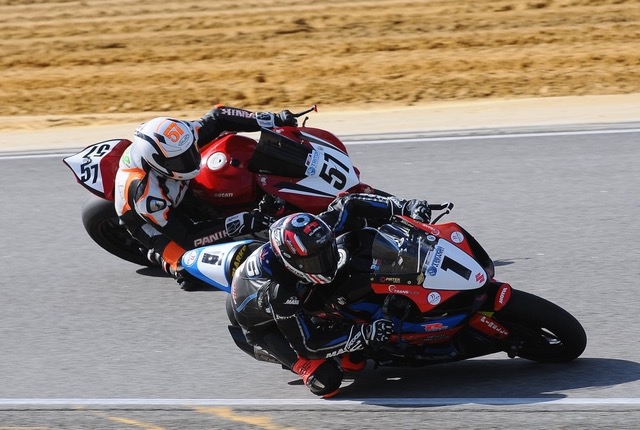 The weather Gods looked favourably on the Motor Cycle Racing Club of WA for round three of the State Championships. The track was damp to start the day but the rain stayed away for most of the day and the riders responded with some exciting racing across all of the classes.

The B Grade Series got the day’s proceedings underway and it was an all the way win from Rob Fannin (Motorcycle Assist Yamaha R1) which sees him sitting on top with 50 points. This made it back to back wins for the likeable Irishman.

The Professional Printers Sidecar Championship only ran two races, the third race was cancelled due to an on track incident during a previous race. They also were not awarded Championship points due to reduced numbers. Dillan McDermott/Grady Norris (Jetts Gym Averley Suzuki LCR) won both races in convincing fashion from Darren Nash/Ash Shield (Nashtec Electrics/RHR Kawasaki) who were debuting their outfit at Wanneroo, having only previously run with the HCMC at Collie. Third were the pairing of Murray Stronach/Steve Marshall(RHR Suzuki GSXR) and Ollie Onesti/Andy Thorndike (Hamish Engineering Triumph 675) were fourth.

The Triton Electrical Superbike Championship saw the return to racing of the 2020 State Champion Sam Clarke (RS36 & Rick Gill Suzuki GSXR 1000) and what a return it was. Starting from last place on the grid he had moved into fifth place before T1 and was in the lead at the end of lap 1. That was how it remained for the duration of the 8 lap race. Second on the road was Cameron Stronach (Motorcycle Movers Ducati Panigale) third was older brother Ben Stronach (VRT Signs Yamaha R1) and fourth was Adam Senior (Hydroquip Yamaha R1). Following a 15 second penalty for “Exceeding Track Limits” Sam was relegated to fourth place. There was no such mistake in the second or third races with each race a carbon copy of the first.

Sam Clarke topped the points tally for the round with 67, second was Cameron Stronach with 65, third Ben Stronach on 56 and fourth Senior with 52 points.
Ben Stronach leads the Championship with 196 points ahead of brother Cameron on 168 with Adam Senior on 164. Rob Fannin leads the Superbike ‘C Grade Series’ with 201 points.

The Cullys Yamaha Supersport Championship and race one saw the defending champion Tommy King (Keen Edge Construction Kawasaki ZX-6) and runner-up Bronson Pickett (M&B Rubbish Disposals Yamaha R6) battling hard, with King the eventual winner from Pickett and Lachie Hickey (JB Racing Kawasaki ZX-6) in third place. The second race seemed to be heading in much the same direction when King lost the front on lap five in the Basin, crashing out of the race. Pickett went on to win from Hickey and Paul Joshua (Retro Moto Racing Yamaha R6) took third place. It could very well have been a season defining moment with Pickett now holding a handy lead, but King was never going to surrender his title. The final race, with Pickett starting from pole and King on his wet bike from the rear of grid, was a race to watch. Metre by metre King reeled Pickett in. Going into the final lap he was well placed, then coming down the hill for the final time he made his move in the braking area, taking the win by just .15seconds from Pickett with Hickey again third.

Jake Wilson topped the points tally for the round with 75, second was Warren French with 60, third Stephen Kelly on 53 and fourth Chris Fitzgerald with 51 points.

The Senior Engineering Junior State Championship will compete their next round at the Supermoto WA Championships on Sunday 1st August Wanneroo Kart Track. Go along and check out the racing and support our junior riders.

The next event is Round 4 AGV HELMETS AUSTRALIA WA State Road Racing Championships on Sunday 29th August at Wanneroo Raceway! 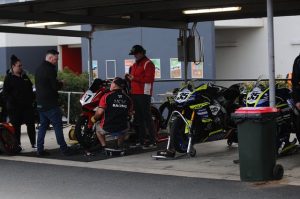 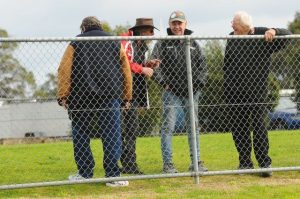 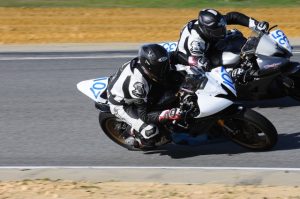 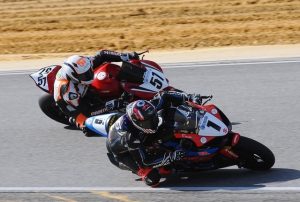 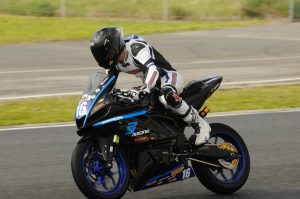