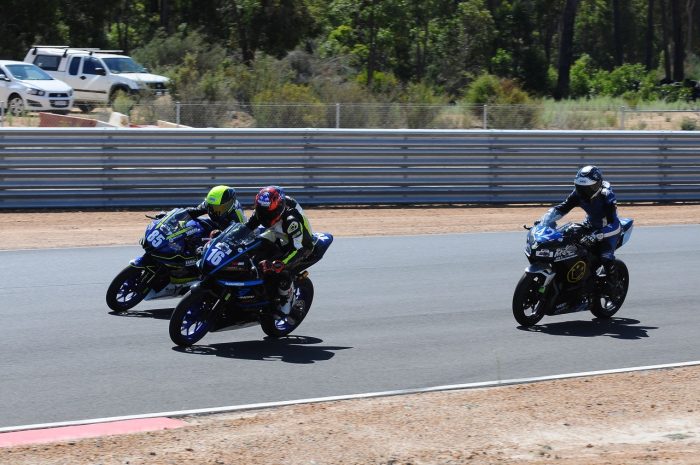 AGV Helmets Australia WA STATE ROAD RACING CHAMPIONSHIP
Wanneroo Raceway – 23rd May 2021
The Motor Cycle Racing Club of WA will host the second round of the AGV Helmets Australia WA State Road Racing Championship at Wanneroo Raceway on Sunday 23rd May. Round 1 was held on the 21st March at the Collie Motorplex long track, so Sunday will be the first time the competitors have raced at Wanneroo in 2021.
The event will cater for the Superbike, Supersport, Sidecar, Production and Junior State Championships, along with supporting classes of Clubman and B-Grade Series. Practice and Qualifying from 9.00am with racing from approximately 10.45am.
In the Triton Electrical Superbike Championship we welcome back the defending champion Sam Clarke (RS36/Rick Gill Suzuki GSXR 1000). Having sat out Rd1 following a training injury, he will return for this round and will be hell bent on reducing the 75 points advantage held by Ben Stronach (Grundfos/Aark Suspension Yamaha R1). Also well in contention and ready for the battle at the front are seasoned campaigners Adam Senior (Silkolene/Hydroquip Yamaha R1) and Cameron Stronach (Motorcycle Movers/C&S Mining Ducati 1299 Panigale) with his bike repaired and ready to take up the challenge.
The Cullys Yamaha Supersport Championship once again looks to be a battle between the 2020 Champion Tommy King (Keen Edge Construction Kawasaki ZX-6) and Bronson Pickett (K.E.B. Truck Parking/GoMoto Store Yamaha R6). These two know each other very well and it is hard to see anyone throwing up a serious consistent challenge to the two front runners. Lachlan Hickey (TwoFour Motorsports/ JB Racing Kawasaki ZX-6) will be hard on their heels and will capitalise should anything untoward happen at the front.
The GoMoto Store Production Championship will more than likely be a repeat of Rd 1 with just one enormous difference. Will Wasley, (Jetts Averley/RSDecals Yamaha R3) who had a round to forget, will be keen to show just what he is capable of, and will throw out the challenge to Rd 1 winner Jayden Martin (Aussie Moto Engineering Yamaha R3) and place getters Jordan White (GoMoto Store/DJ White Contracting Kawasaki Ninja 300) and Hannah Stewart (Earmould Australia/SGM Yamaha R3). These four in one combination or another should take out the podium for the class, but the slightest mistake and will see the likes of Ethan Thompson (Snap Fitness/Allautoworx Kawasaki Ninja 300) and veteran Paddy Browne (LPB Industries/Trakdayz Yamaha R3) snapping at their collective heels.
The Professional Printers Sidecar Championships looks to be a one horse race for the win with Dillan McDermott/Grady Norris proving they are almost unbeatable. Most of the interest will be seeing just who can take out the minor podium spots. Murray Stronach/Steve Marshall and Graeme Evans/Robert Dillon look to be the two contenders, but don’t discount Gary Cushnahan/Michael Matesich or the fast improving Marshall brothers. The battle for the minor placings should provide plenty of entertainment.
The Senior Engineering Junior Championship sees a small but talented field of riders take to the track. Calvin Moylan (Major Luck Lottery Centre Yamaha R15) will be keen to repeat his performance from the HCMC ‘King of Collie meeting where he won three from three. He may not have things all his own way with Ethan Thompson (Sean Watson Motorsports Composites Yamaha R15), doing double duties, along with Jack Dowling (Banhams/MotoTT Yamaha R15) Bruce Oliver (Yamaha R15) Joel Jenzen (Streetwise Automotive & Transport Yamaha R15) and Abbie Cameron (Ozsteel Design. Razor Racing Yamaha R15) all capable of an upset should the front runners falter.
The B-Grade Series and Clubman Series always provide excellent racing to support the Championship classes, with the Clubman class once again having the biggest field at Round 2. Several riders will be stepping up to the B-grade, Supersport and Superbike classes after showing some great riding at Round 1. It will be interesting to see how these riders go with the new challenge. 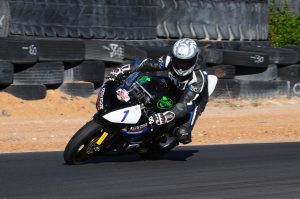 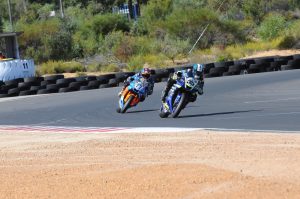 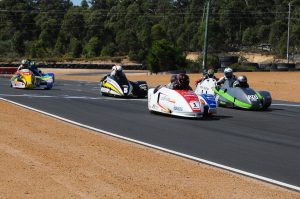